Project to install a new location four lane roadway on continuous reinforced concrete pavement with a raised median, a dual shared use path, storm drain, culverts and signing and striping from Loop 20 South (Cuatro Vientos) to Brownwood for a length of 0.84 miles in 100-feet of ROW.  This project will provide an additional ingress and egress access point for the Concord Hills Subdivision and relieve traffic on SH 359.  The ROW was 100% donation to the City of Laredo from property owners to allow for the installation of the new location roadway. 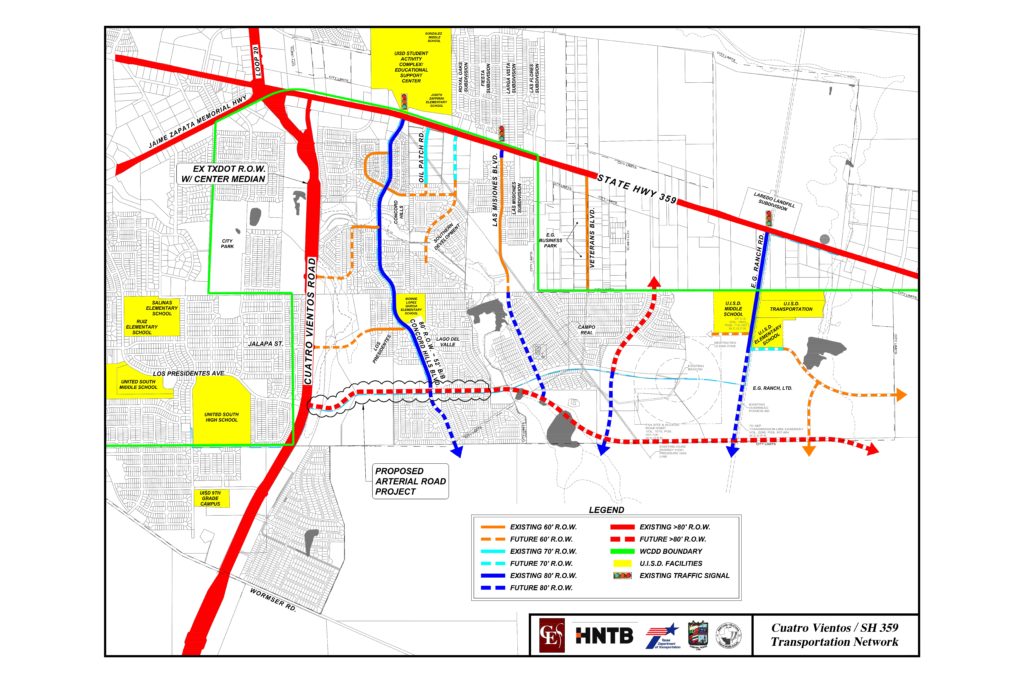 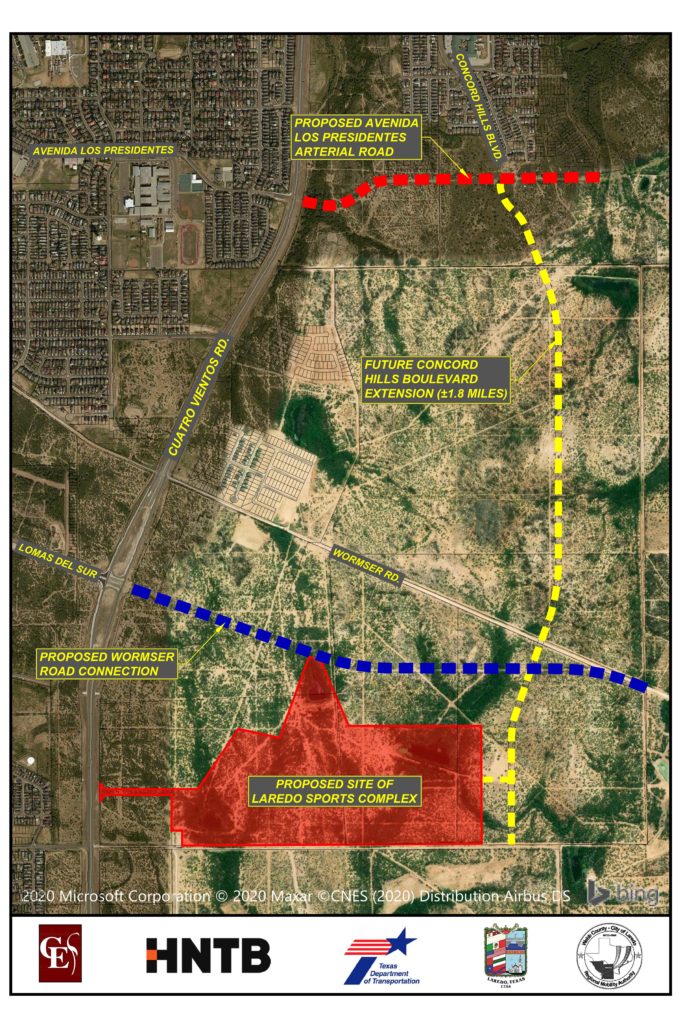 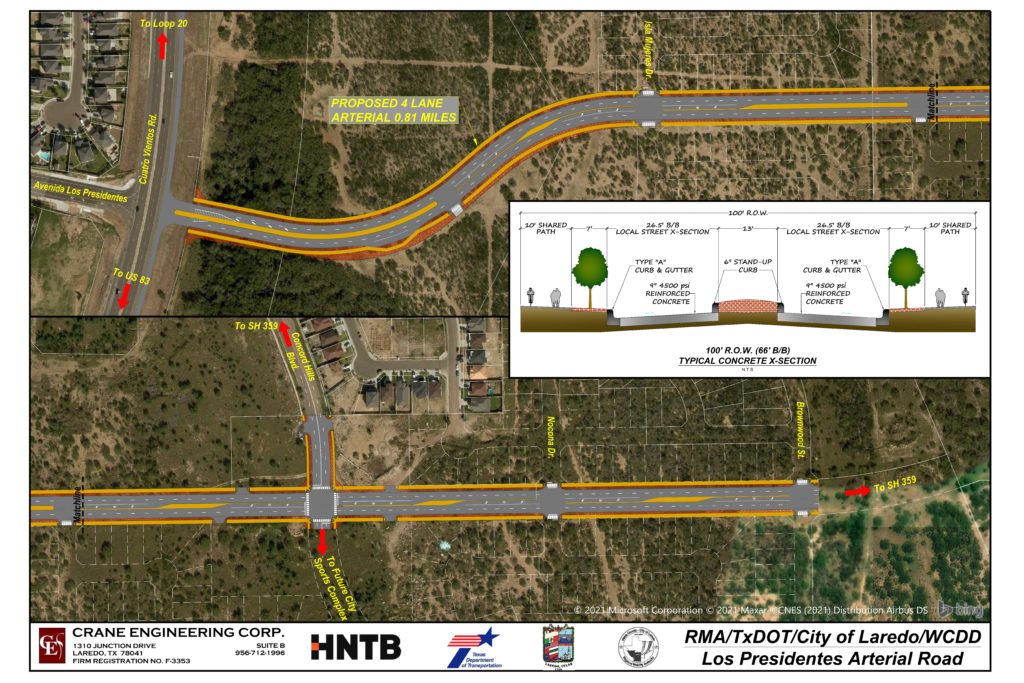